Imanee Martin was exhausted. Every major she tried did not feel like the right fit. She had changed majors six times—going from pre-med her first year to fashion merchandising to creative advertising with others in between. Nothing seemed to gel and she was close to dropping out.

It was a frustrating situation because Imanee enjoyed certain elements from all of her previous majors. But she never felt fully comfortable within just one. 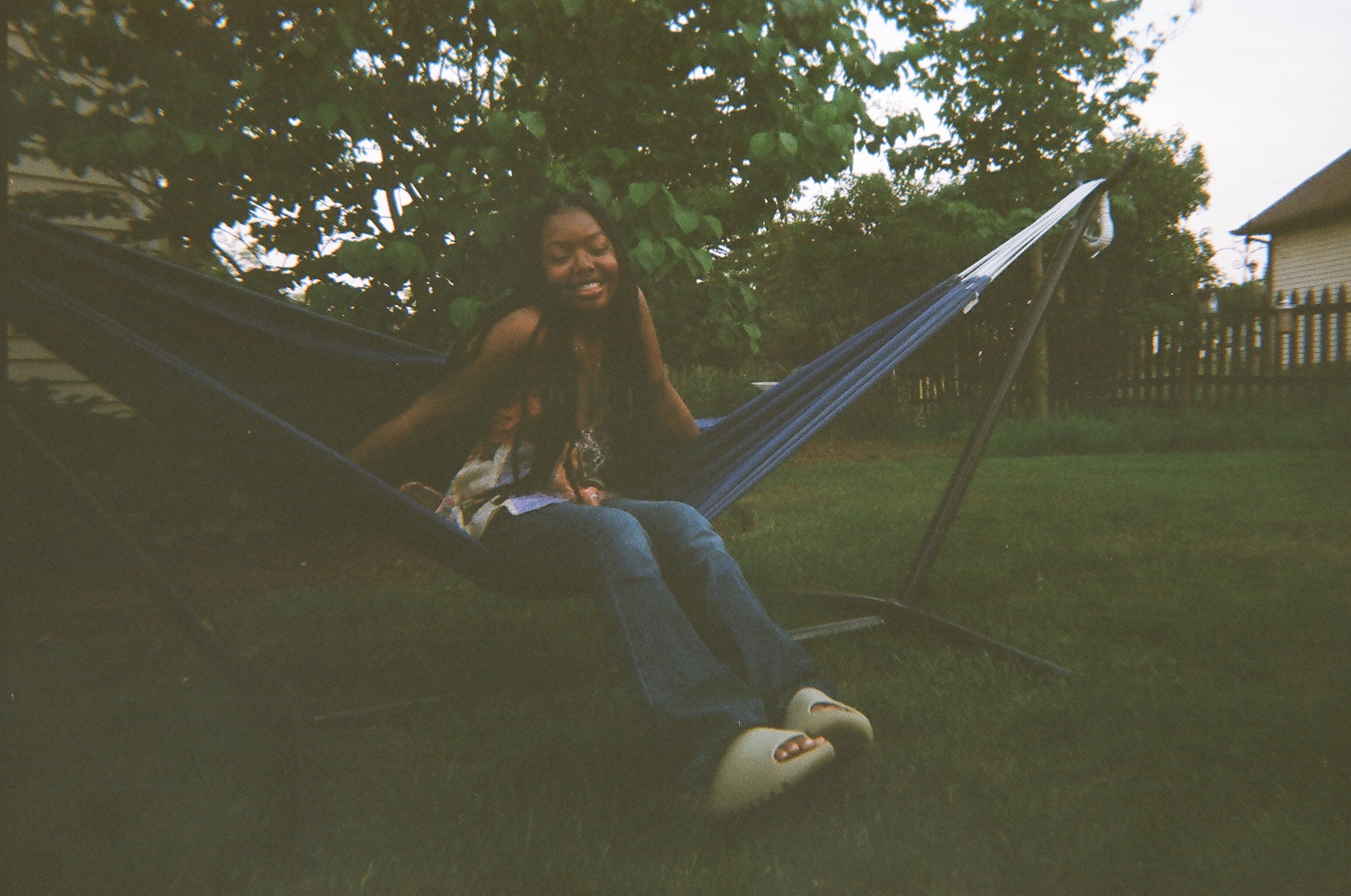 “There was just something missing for me,” Imanee said. “But that’s when I found out about the Interdisciplinary Studies Program.”

Imanee saw in the Interdisciplinary Studies Program what she had been seeking—the ability to take all of her interests from her prior majors of creative advertising and fashion merchandising and form them into a degree that would be her own.

And now, two months from her graduation, Imanee is glad she stayed true to herself. After she declared I.D.S. as her major, she realized that the major was a great place for her to thrive as a student. She could now freely navigate between disciplines and satisfy her creative and intellectual curiosities without some of the rigidity of traditional major structures.

Her classes in the I.D.S. Program, specifically the ones taught by Assistant Professor Mariah Crilley, Ph.D., helped Imanee truly understand who she is as a student and who she aspires to be as a professional, she said.

“All of the projects that we have done in Dr. Crilley’s class have been so exciting and allowed us—as students—to express ourselves and our disciplines in a way where they all work together.”

One of the biggest revelations that has come to her in her last semesters has been gaining a strong sense of what interdisciplinarity is and what it makes possible, she said.

“It’s shown me a whole new way of thinking,” she said. “I think that is what has surprised me the most about this major and the classes that I’m taking. What I’m learning in these classes, I could literally use in everything.  I have already started applying this way of thinking and viewing things in my other classes.”

It’s shown me a whole new way of thinking. I think that is what has surprised me the most about this major and the classes that I’m taking. What I’m learning in these classes, I could literally use in everything.”

No matter where she goes, Imanee will always carry a bit of wisdom with her that she got from an I.D.S. class. It is a Michelangelo quote from a reading that Professor Crilley assigned in her UNIV301 Interdisciplinary Theory & Practice course, which Imanee is taking this semester.

Imanee felt it so captured who she is and who she wants to continue to be, that she had it tattooed on her shoulder. It’s a reminder, she said, to stay true to herself no matter what.

After Imanee graduates this December, she plans to work as a brand manager in New York City.