Tanya Boucicaut, an assistant professor in the University College Department of Focused Inquiry, has collaborated with TED-Ed— a youth and education initiative from the TED media organization—to write the script and corresponding lesson for an educational animated video around the acclaimed 1937 novel, “Their Eyes Were Watching God.” 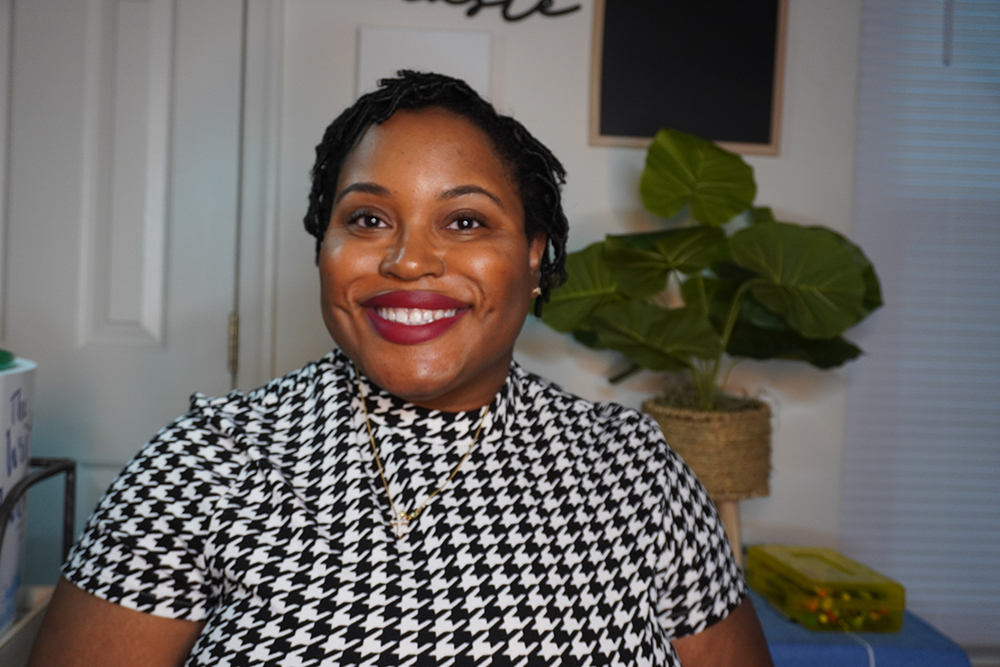 Boucicaut’s video, which is titled “Can Love and Independence Coexist?” was published by TED-Ed under the “Why You Should Read” series earlier this month and has already garnered more than 190,000 views. The animated exploration, brought to life by Boucicaut’s script, producers and animators from TED-Ed, details Zora Neale Hurston’s novel about a Black woman’s search “for love and agency in a time that sought to deprive her of both.”

“I was sitting around thinking one day and started thinking about storytelling outside of teaching,” Boucicaut said of the idea to pitch the video. “I wanted to tell a Black perspective [and] that’s when I got the idea to talk about the Black Arts Movement.”

Boucicaut wanted to be seen in an artistic way and utilize her expertise as a scholar and playwright to help tell a story from her perspective as a Black woman, she said. After conversations with producers at TED-Ed around her initial pitch, Boucicaut suggested creating a video around Hurston’s novel. She felt the novel would lend itself nicely to the medium and could demonstrate the power of literature in capturing the human experience.

The opportunity to write the video’s script allowed Boucicaut to revisit Hurston’s work and start the process of discovery all over again. Revisiting the work made Boucicaut ask herself different questions about how the text is relevant to young people and how she could convey that through the script, she said.

“As I continued to read and glean more from the novel, I saw new things that I didn’t see before in the text,” Boucicaut said. “I thought about the audience this video was going to serve and asked myself the question: How would I view this if I was a freshman, or high school student? What are the life lessons that they can learn from this text? How can people see themselves [in this novel]?”

'Lives outside the classroom'

As she was writing the script and writing descriptors for the video’s animators, Boucicaut encountered the lessons she teaches regularly in her Focused Inquiry courses.

“The writing process for the video was essentially all the things we teach in Focused Inquiry, but for a different genre,” Boucicaut, who has taught with the Department of Focused Inquiry since 2017, said. “The process allowed me to connect with students when I tell them as a professor to ‘Show, don’t tell.’ It was a reminder that skills we teach—like information fluency—can give you the ability to go and write an accurate script. It reminded me that work that we do in Focused Inquiry absolutely lives outside the classroom.”

It was a reminder that skills we teach—like information fluency—can give you the ability to go and write an accurate script. It reminded me that work that we do in Focused Inquiry absolutely lives outside the classroom."

Boucicaut went through several drafts with TED-Ed producers, director Tomás Pichardo-Espaillat and animators as they worked on the script and animation over the course of a year. But when the day finally came when all the pieces were done and the video completed, Boucicaut said it is not a feeling that she’ll forget any time soon.

“It was so amazing to finally see it,” Boucicaut said. “It was everything that I wanted it to be. And it was so me. I was just so pleased.”

The video captured so many things about Boucicaut that made her feel a real sense of ownership of it, she said. In so many aspects of the video-- the focus on Haiti (where Hurston wrote some of the text and where Boucicaut traces her lineage to), the emphasis on southern dialect, the focus on the protagonist’s’ grandmother, the subtle nod to Spike Lee’s cinematography near the end of the video--it was all true to Hurston’s novel but at the same time felt very much like her.

'Space to make your own choices'

When viewers watch the video, Boucicaut said she hopes they can see the complexities of life and how people have to “exist on multiple planes and at multiple places all at the same time” and that “more than one thing can be true.”

She said she also hopes the video helps inspire a sense of independence with younger viewers, who are just now probably discovering their first true levels of independence.

“I hope this video gives the college-age audience space to say that someone might have made choices for you before but now you have the space to make your own choices.”